After careful thought and consideration, I have made the decision to leave Plan B and start a new chapter in my career. Plan B has been an important part of my life these past 16 years and I’m thankful for the privilege to ride for a legacy brand. I’ve had the opportunity to establish lifelong friendships with each and every one of my teammates and I wish them nothing but the best and continued success in each of their careers. I am excited for the journey ahead as I remain focused on my health, faith and skateboarding.

I am ready to #ChangetheNarrative

Skateboard phenom, Ryan Sheckler, stepped onto an old board belonging to his father at just eighteen months of age. He took the board with him everywhere he went for the next three years. In 1995, he came across his first quarter pipe at a buddy's house in his native town of San Clemente.

The rest they say is history. 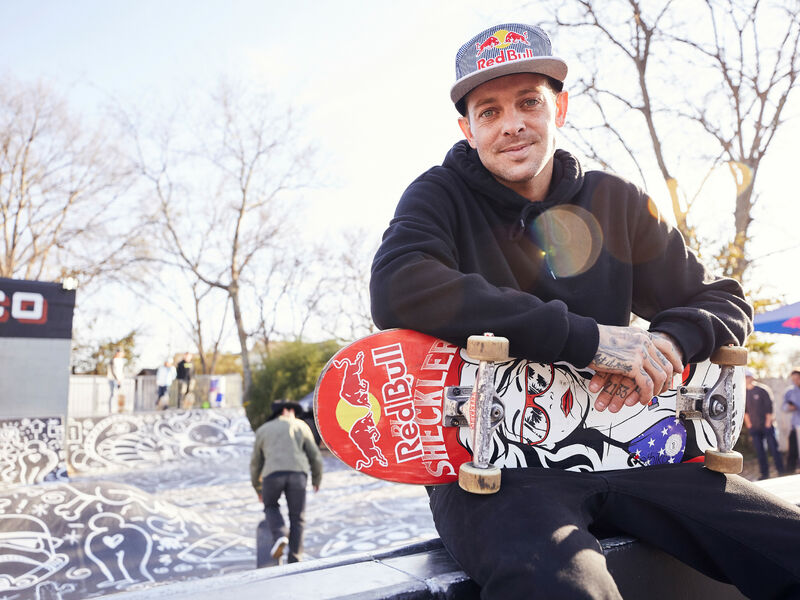 Excited to announce my partnership with Woodward Camp as their Skate Program Designer. I was a Woodward camper when I was a grom, so this project is so much fun for me. Go to www.woodwardpa.com/sheckler for more info!

In 2003, at the encouragement of World Industries, Sheckler turned pro, at the age of thirteen. He immediately put an end to any uncertainty of his ability with first place finishes at the Gravity Games, Vans Triple Crown, Slam City Jam and the X Games. His success in the Skateboard Park event also earned him a Guinness World Record as the youngest participant ever to earn a gold medal at the X Games at just 13 years of age.

Since turning pro Ryan has dominated the contest circuit, bringing home just about every title there is. In 2005, he successfully defended the title as National Street Champion and added World Street Champion to his long list of accomplishments. That same year, Ryan not only took the overall title in Skateboard Park at the Dew Action Sports Tour but he also earned the title "Athlete of the Year" by accumulating the most points of any athlete in all disciplines on the tour.

In 2006 and 2007 Sheckler also claimed the overall AST Dew Tour Title 2008 continued to prove Ryan is up there with the best as he took home first place at Thrasher's Bust or Bail and won his second career X Games gold medal. He then followed up in 2009 as the IFC Skateboarding World Champion.

In 2010 Ryan was able to repeat his X Games success by winning his third X Games gold medal and has since secured two more silver medals and one bronze at X Games. Ryan continues to dominate placing 1st at the Dew Tour in 2012, 2013 and 2016.

Established in 2008, the Sheckler Foundation's goal  is to educate, equip and empower our community to “Be the Change” in the lives of children and injured action sports athletes.

With his deep desire to give back, Ryan started The Sheckler Foundation in 2008. Today the foundation is going strong, changing lives and gaining worldwide recognition for this young philanthropist, largely in part to the success of its "Be the Change" initiative. To date the Sheckler Foundation has donated close to $1.2 million dollars directly impacting the lives of children and injured action sports athletes.

During the minutes and hours in between skate sessions, Ryan spends time enjoying his other passions. He is an avid fan of motocross, golf, surfing and anything car related. Ryan has also made it a point in his life to dedicate himself to staying active in the gym by training consistently to keep his mind and body healthy. He claims to have an addiction to music, especially rap, heavy metal and classic rock.